On Jan. 8, we sent out an email asking our supporters to consider pitching in during the government shutdown to help clean up the national parks.

Libertarians responded quickly and 28 park cleanup events were organized in just days from California to Maine.

Here’s a headline from North Carolina: 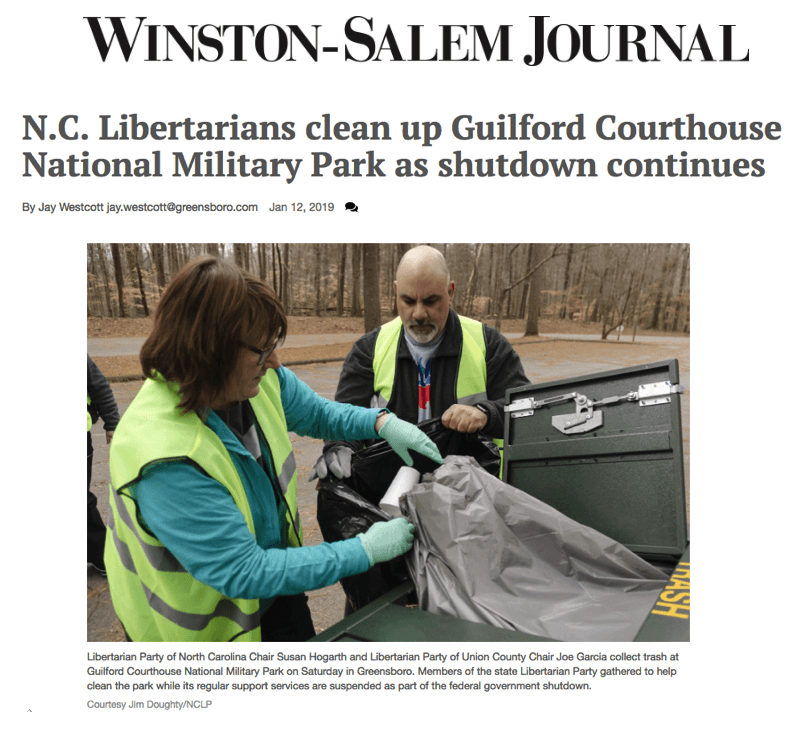 And in Tennessee, Libertarians were asked by the National Park Service to leave: 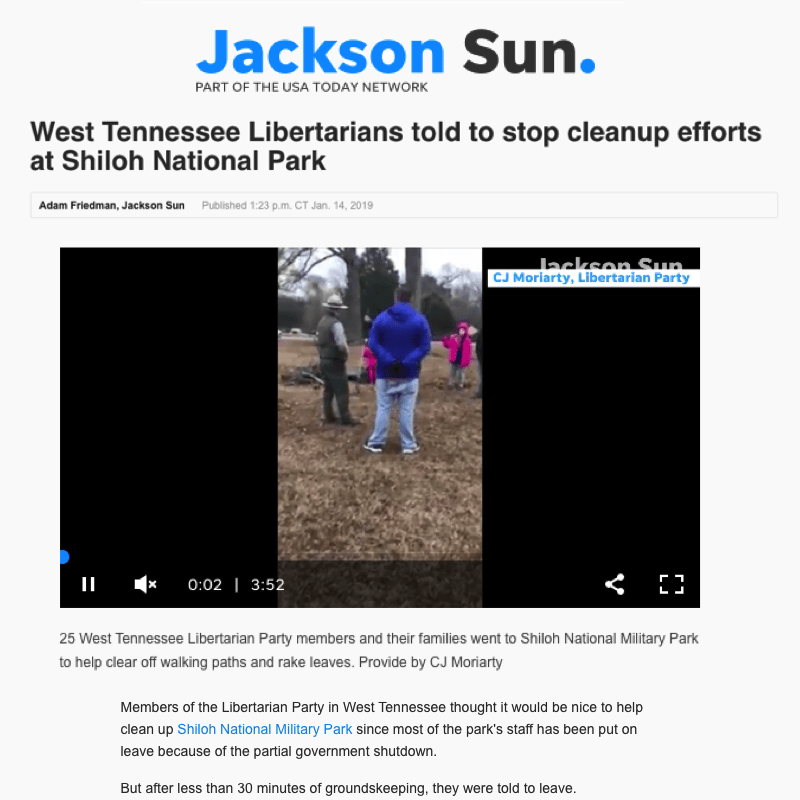 Iconic national treasures like Yosemite were part of the clean up effort: 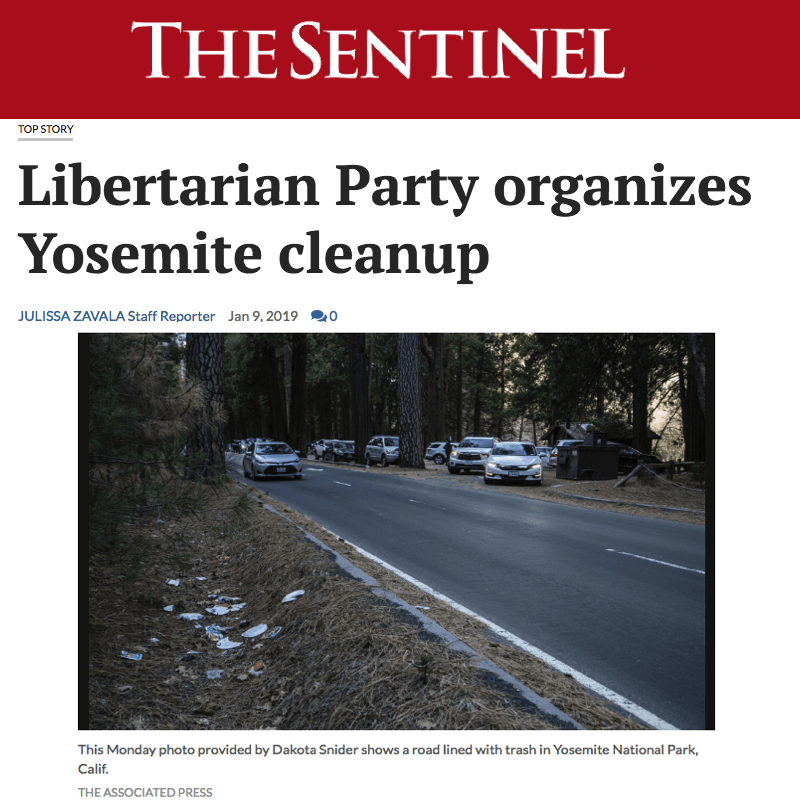 And from the D.C. National Mall cleanup, this video that has been viewed more than 408,000 times on Facebook alone: 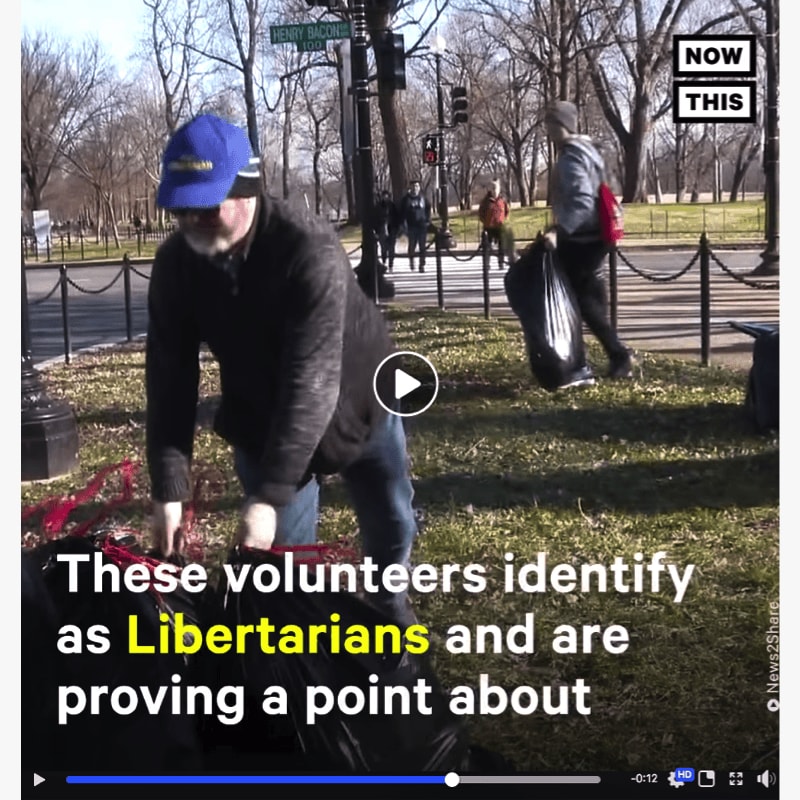 These park cleanups prove that when the Libertarian grassroots is called to action, the response is incredible. Kathleen Smith in Pennsylvania said on Facebook, “it is evidence that being seen in our communities helping to solve problems wins people over.”

While the shutdown may have ended for now, there will be many opportunities in the future for Libertarians to make an impact.

If you want to see more grassroots mobilization on a national scale from the Libertarian Party, please chip in $10, $25, or $250 to fund our next effort.

Through our actions, we can win hearts and minds for liberty. 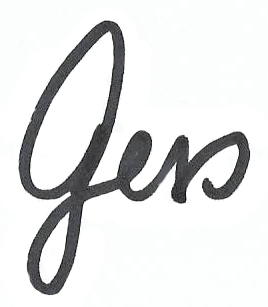